Welcome to the Fantasy library. A website about everything related to comics, fantasy, SciFi and RPG gaming.  This is a website featuring information designed for the advanced player as well as anyone else that is interested in fantasy and tabletop gaming. We also feature information on JRPG, MMORPG and other RPGs available to play on PC, PlayStation or the Xbox.  We do not strive to cover all games and topics. We choose to focus on the games and topics that we really love and that we feel that we can do justice.  Although you will also find the occasional rant about games, movies and TV shows that have disappointed us.   Games, movies and TV shows had the potential to become much more than they eventually ended up becoming. Examples of this include the Star Wars sequel trilogy,  Justice League and Cowboy Bebop live-action series.

Get to know us

The team that works on this website have backgrounds in different industries but are currently earning a living as day traders trading different asset classes such as stocks, CFDs, indices and Forex certificates (currencies). One of us has made a living as a day trader for more than 20 years while the other of us were made redundant during the pandemic and was able to start trading thanks to the help of our experienced friend.  Visit daytrading.com if you want to learn how to day trade.  There you will find a large selection of articles on all aspects of trading.

Our professions do not tell you much about who we are. We believe that the best way for you to get to know us and know what to expect from us is to let you know more about our taste in movies, games and TV.  This will allow you to decide whether you want to listen to us or not. We have therefore chosen to tell you about our favourites below.

Our favourite SciFi and Fantasy universe is without doubt the Warhammer 40k universe.  An immense universe field with unimaginable large battles and unimaginable cruelty performed by all sides.  It is a universe that beats all other in scale and scope and it is a universe where the “heroes” doesn’t think twice about destroying whole worlds and all life on them if that is the strategically best option. 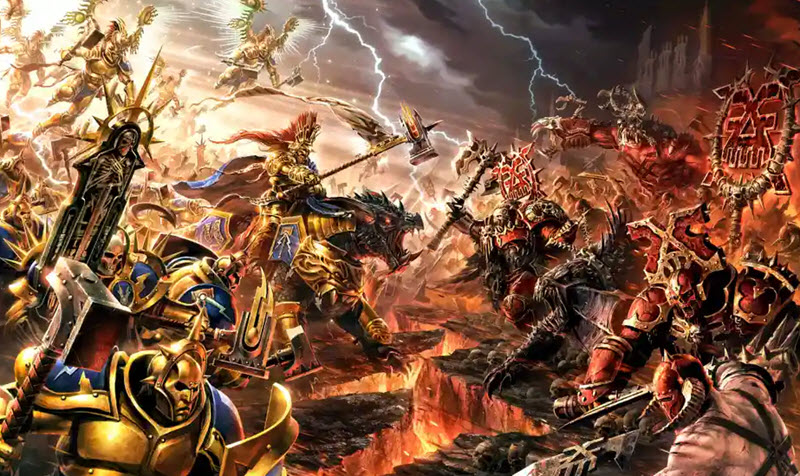 We love to play Warhammer 40k but we have to admit that we enjoy reading the extended lore and listening to YouTube channels such as ArchWarhammer and Luetin09 even more.

We are big RPG and JRPG fans.  Many of our favourite games are rather old and has been on the market for a very long time.

Our favourite game of all time is the near-perfect Final Fantasy 3 (Final Fantasy VI). It is a game with an excellent story and well-crafted gameplay with broken sections (Ultima in Kefka Fanatics Tower).   We also enjoy a  number of other SNES  era JRPGs such as Chrono Trigger, Breath of Fire and Secret of Mana.   Overall we would say that the SNES to this day has what is most likely the best selection of  JRPGS of any device.

We also really enjoyed Suikoden on PlayStation 1.  Not sure if this is truly a god game or if it is just nostalgia that makes us love it.

On PC we really enjoy playing the Elder Scroll series,  the main fallout games and the Diablo series.  We also like Mass effect, Halo, Doom, Far Cry, Warhammer: Space marine and many others.

Several of us also enjoy online gambling and enjoy playing in Online casinos.  Although we all like very different games.  A couple of us like to play online slots while another is a die-hard blackjack player and a third of us will not play anything else than poker.  We will not cover casino games on this website we, therefore, recommend that you visit casino.zone if you want to learn more about online casinos, different games and slots, and optimal strategies when gambling in an online casino.

Our taste in TV series is rather mainstream and we most likely like exactly the show you expect us to like.  With one notable exception, none of us like Battlestar Galactica.

We do love the original Star Trek, the superior TNG and its contemporary Deep space nine. We find Voyager to be a decent show that failed to live up to its predecessors.  Star Trek Enterprise has some good episodes and interesting ideas while Discovery is pure garbage.  There might be a good show hiding in Discovery but it will never fit in the Star Trek Universe.

We are also big fans of Babylon 5 and consider it to be maybe the best Scifi series ever made.  Disregarding some of the movies. The title of best Scifi show belongs to either Babylon 5 or Firefly.  The Babylon 5 sequel Crusade showed a lot of promise but was never allowed to flourish.

We also have a soft spot for Red dwarf. The best Sci-Fi comedy ever made.

A somewhat more obscure and severally underrated show that we really enjoy is Space: Above and Beyond.  It is really a shame that this show wasn’t renewed for a second season.  But that seems to be the fate of a lot of good SciFi shows.

We do of course also enjoy the Highlander TV show even if the last season was weird.

I am the first to admit that we love trash anime more than most anime viewers.  We like dumb anime shows that you can watch to relax without having to think too much about it.  We like trash anime like “The wise man’s grandchild”, “How not to summon a demon lord”, “Goblin slayer”, “Death march rhapsody”, “The 8th Son? Are You Kidding Me?” and even “In another world with my smartphone” (one of the most underrated thrash anime ever).

None of here is really into Shōnen anime.

Our movie taste is rather boring and mainstream.  We love classics such as the original Blade Runner, the original star wars trilogy, flash Gordon and 2001 a spade Odyssey.  In the fantasy genre, we love Willow, When Dinosaurs Ruled the Earth, the first highlander movie and Barbarella.

We also have a soft spot for David Lunches Dune. A movie that we in many ways find superior to the new movie even if the new movie is more true to the source material.  The new problem does, however, in our opinion, suffer from pore casting. Especially when it comes to Paul Atreides, A role that Timothée Chalamet lacks the presence and charisma to pull of. Although I know that many would disagree with this.

We love countless fantasy and Scifi book series but we hold a special soft spot in our hearts for the works of Frank Herbert (Dune) and Terry Brooks (Shannara).