Lord of the Rings

The Lord of the Rings is an epic high-fantasy novel by J.R.R. Tolkien.

It is comprised of three volumes:

The Lord of the Rings has been reprinted many times and translated into over 35 languages Alongside other works by Tolkien, it has had huge influence on the modern fantasy genre.

While it received a mixed reception from the literary establishment of the 1950s, The Lord of the Rings has proved a big hit among the reading public over time, and the world created by Tolkien has inspired numerous derivative works, including theatre, films, television, radio, video games, role-playing games, and many types of art. In BBC´s The Big Read (2003), it was named Britain´s best-loved book of all time, and in 2019 the BBC News included it in their list of the 100 most influential novels. 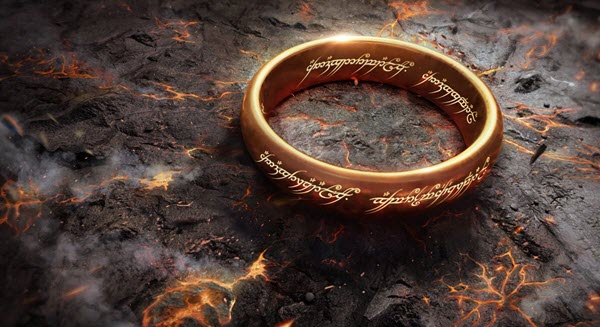 The work was intended to one volume of a two-volume set, where the second volume would be The Silmarillion. For economic reasons, The Lord of the Ring was instead published in three volumes with different publication dates. Internally, the work is actually divided into six books; two per volume. There is also several appendices that provide background information.

It is today possible to purchase editions where the entire Lord of the Rings work is a single volume, in accordance with Tolkien´s original intent.

In an earlier age, the Dark Lord Sauron created the One Ring to rule the other Rings of Power given to Men, Dwarves and Elves. Sauron is the main antagonist of the Lord of the Rings books, with the heroes of the story working to destroy the One Ring and prevent Sauron from conquering Middle Earth.

The prologue for the first book explains that the book is ”largely concerned with hobbits” and offers up a rather large collection of information regarding them, their history and their habits. The prologue also helps the reader understand how the narrative of the first book in the Lord of the Rings series is connected to the events of the novel The Hobbit, in which the hobbit Bilbo Baggins found the One Ring.

The first book of the Lord of the Rings series starts with the hobbit Bilbo Baggins celebrating his 111th birthday and then leaving the hobbit village, gifting a golden ring to his younger relative Frodo Baggins. Many years later, Frodo – who has kept the ring – is visited by the wizard Gandalf who informs him that the ring is immensely powerful and should be removed from the hobbit village. Gandalf promises to return to escort Frodo on his journey, but when he fails to show up Frodo leaves anyway.

The storyline in The Lord of the Rings largely follows the adventures and experiences of the hobbits Frodo, Sam, Merry and Pippin. They are included in the group The Fellowship of the Ring, alongside the wizard Gandalf, the elf Legolas, the dwarf Gimli, and the two humans Aragorn and Boromir. The fellowship is led by a wizard and contains representatives of the four Free Peoples of the West, i.e. the Hobbits, the Elves, the Dwarves, and the Men.