Craps is an action-packed dice game that blends luck with strategic choices, and where a certain understanding of mathematics and statistics can give you a leg up. Make no mistake, however, luck is a very strong component in craps and you need Frau Fortuna firmly on your side to make any long-term profits.

Unlike casino roulette with its fancy pedigree and ties to French aristocracy, craps originate from a dice game played in dusty streets of Louisiana, where an English dice game called hazard had been simplified to suit local conditions. Even today, there is a certain undercurrent of that humble heritage present at our modern craps tables, despite their placement inside the ritziest of casino establishments around the world. At craps, gamblers still throw out the dice instead of relying on a professional dealer, the crowd is expected to go wild when ”the table wins”, and there is a whole host of superstition that must be adhered to if you don´t want to attract the ire of your fellow gamblers.

Understandably, the hectic environment at the craps table has been utilized by many writers and screenplay creators. As mentioned, players are actually allowed to throw the dice at the craps table, which adds a special element of inclusion. You certainly don´t get to spin the ball at roulette, but a craps dealer will happily hand you his dice cup as the crowd cheers you on with wild cries of anticipation. 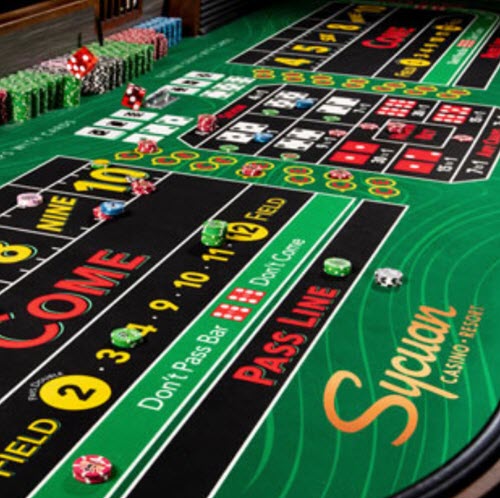 Examples of movies that feature craps

Examples of novels that feature craps